What a difference a few weeks makes. On Thanksgiving, we reported that President-elect Obama’s short-list of candidates for Secretary of transportation included three strong cycling advocates, two of them nationally-known:

While other short-list names were also being bandied about, the buzz around these cycling advocates was so strong that we had reason to hope for the best. Supporting that hope were candidate Obama’s own words from his record-breaking Portland rally:

As we noted, this wasn’t just the rhetoric of a tough primary campaign; five months later, in the midst of an equally tough national campaign,Obama reaffirmed his intention to fundamentally alter our transportation paradigm:

“…Everyone benefits if we can leave our cars, walk, bicycle and access other transportation alternatives. I agree that we can stop wasteful spending and save Americans money, and as president, I will re- evaluate the transportation funding process to ensure that smart growth considerations are taken into account.

“I will build upon my efforts in the Senate to ensure that more Metropolitan Planning Organizations create policies to incentivize greater bicycle and pedestrian usage of roads and sidewalks. And as president, I will work to provide states and local governments with the resources they need to address sprawl and create more livable communities.”

So when we heard the buzz about the short list, we had reason to hope for a strong cycling advocate in the Cabinet. However, responding to the buzz, Representative Oberstar expressed some doubt that he would be interested in a cabinet position, while Representative Blumenauerappeared to rule it out entirely. Still, presented with a firm offer from the President-elect, they might see things differently, no?

We’ll never know. On Wednesday, it was reported that the Cabinet position had been offered to Representative Ray LaHood, and that he had accepted. Today, that report was confirmed when President-elect Obamaannounced the nomination of Representative LaHood as his Secretary of Transportation. 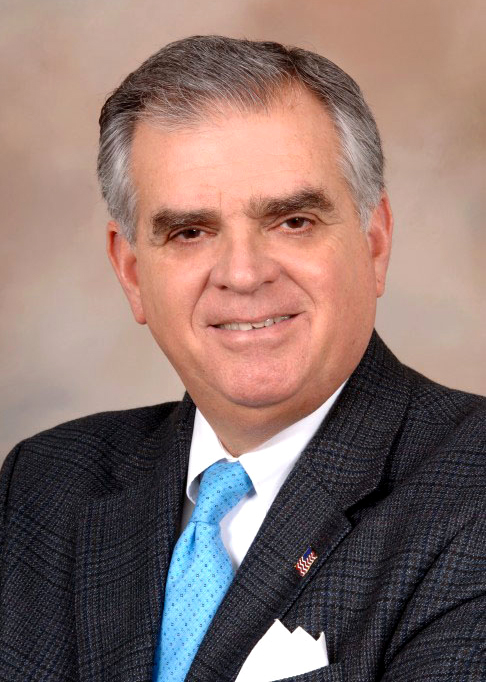 Ray LaHood is a retiring Congressman from Peoria, Illinois. A Republican who was first elected to Congress in the “Republican Revolution” of 1994, LaHood has from the beginning developed a reputation as a moderate, beginning with his refusal to sign Newt Gingrich’s “Contract with America,” and continuing with a record of bipartisanship and support for public transportation and Amtrak. And while he doesn’t have the cycling advocacy reputation of an Oberstar or a Blumenauer, he is a member of the Congressional Bike Caucus, which gives him tons more bike cred than his fellow Republicans Patrick McHenry or the current Transportation secretary, Mary Richards.

Those are the pros. The cons? LaHood’s extremely thin transportation resume, and his lifetime rating of 27% from the League of Conservation Voters —not what one would expect for the Cabinet member who presumably will be tasked with leading the way on rethinking our nation’s transportation policy, and implementing the changes candidate Obama has spoken so consistently about.

Perhaps President-elect Obama envisions a different role for his Transportation Secretary. Given LaHood’s thin resume, and his close ties to the highway construction unions, LaHood may have been tapped for his ability to push through the massive infrastructure-building programs President-elect Obama has identified as a key component of his economic recovery program. We may in fact be seeing more transportation policy leadership from the House Transportation Committee—which is where both Committee Chair Oberstar and Representative Blumenauer elected to stay—and the White House itself, with the bipartisan consensus-building in support of that policy coming from Secretary LaHood.

For now, it’s still too early to tell.